Why MSCHF, the viral company behind the trollish ‘collab’ t-shirt and Holy Water shoes, says a legal fight with Nike or Supreme would be a boon for business 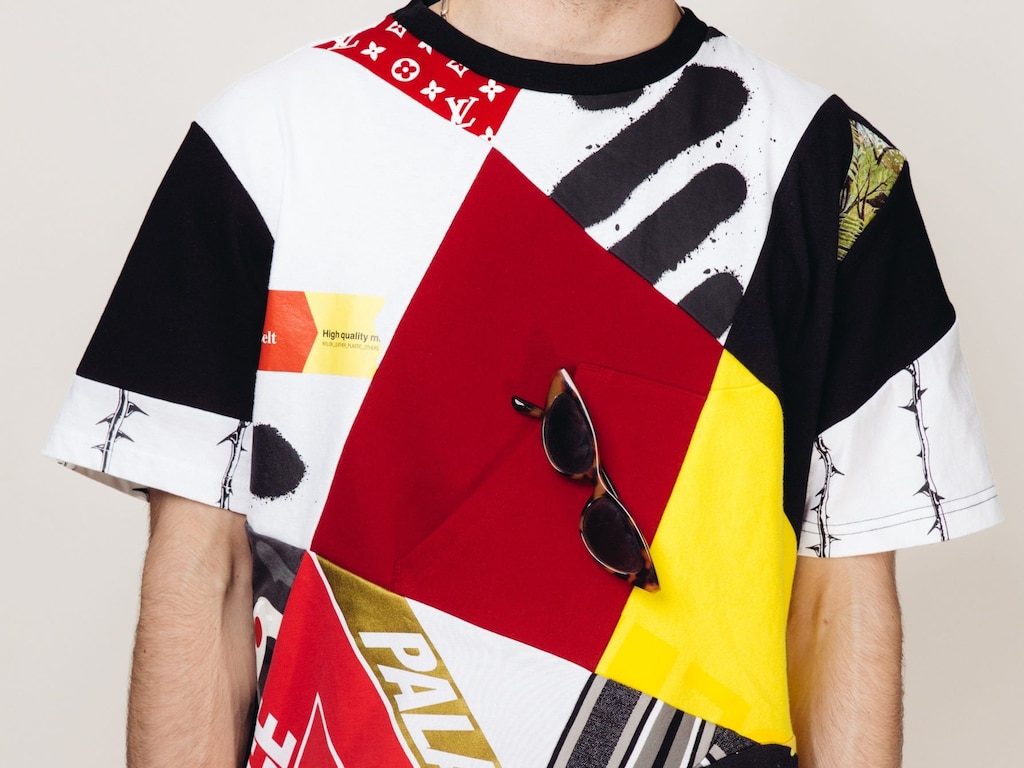 When asked to describe his company, MSCHF founder and CEO Gabriel Whaley took a no-frills approach.

“We sell stuff and people buy it,” he stated simply in a recent interview with Business Insider.

To be fair, the company that has gone viral for its meme-like products is somewhat hard to describe. Its sole post on LinkedIn refers to itself as a dairy company and its Twitter profile gives would-be followers the directive to “NOT FOLLOW” them.

When pushed further for an explanation on the company that has already closed two rounds of funding from investors for a collective $11.5 million since 2016, Whaley went a little deeper, likening his less than 20 person team to artists that “hijack” all formats to tell stories and offer a unique — sometimes warped — point of view.

Now, the company behind the Nike sneakers filled with Holy Water and toaster-shaped bathbombs is gaining attention for an upcoming t-shirt launch poking fun at the absurdity of “collab culture.” Dubbed MSCHF x Supreme x The North Face x Adidas x Stussy x Palace x Chinatown Market x Kith x Off-White x BAPE x Nike, the shirt was created from different fabrics, each cut from one of the ten brands in its name and hand-crafted into 1,000 one-of-a-kind units.

“We see brands kind of hyping themselves up over the most ridiculous collabs,” said Whaley, explaining how the intense interest these releases tend to see is often overblown and misguided. Last July, a pop-up selling Arizona Iced Tea-branded Adidas sneakers for 99 cents in New York City drew massive crowds. The event was eventually shut down by police when two teenagers were assaulted while on line for the sneakers.

To Whaley, truly understanding the ridiculousness of collab culture requires a certain level of self-awareness, which, in essence, is what MSCHF aims to inspire.

“Everyone kind of comes at it at a different lens,” Whaley said of the way the brand’s products are received among the masses. “They create their own take on it and then they go and they discuss that with other people.” However, to call this t-shirt a true collaboration is somewhat of a misnomer. Whaley and the MSCHF team never actually approached any of the brands represented on the shirts — which include some big players like Nike, Supreme, and Adidas — for formal permission. Whaley said that the likelihood of receiving a cease and desist letter from at least one of the brands included is high.

But this doesn’t worry MSCHF, which is actually banking on pushback from brands to help increase the value of the product. If MSCHF was told to pull the products, their resale value would immediately skyrocket among hypebeasts looking to get their hands on a “banned” piece of unofficial, limited merchandise.

“It just creates more symbolism for the symbol that we’re creating,” Whaley explained. “It adds another dimension of meaning behind it.”

The supposed ridiculousness in collab culture is also what led the MSCHF team to release its popular Jesus Shoe last year. This pair of white Nike Air Max 97s, complete with genuine Holy Water from the River Jordan in its sole, a crucifix on the laces, and an inscription of the Bible verse Matthew 14:25 that discusses the moment Jesus walks on water, went for $1,425 at retail. They quickly appeared on the resale market for up to $3,000 a pair.

“The point wasn’t to spin a huge profit,” Whaley said, “Even though inevitably, that’s what happened.” Though Nike never came after the MSCHF team about those sneakers, the same could not be said of the Catholic Church.

“They were very angry,” Whaley said, relating how he was contacted by various dioceses to figure out how the team had managed to procure Holy Water and a priest to bless it. Whaley did not disclose either of those details, because, as he said, “That’s not how we roll.”

Now, with the “collab-to-end-all-collabs” t-shirt set to drop on July 13, another MSCHF culture commentary is en route to the masses. In preparation for the drop, users can take a look at a surprisingly (or deceptively) earnest “manifesto” on the company’s website that outlines the intricacies and true meaning behind a collaboration.

“It’s super funny and you can’t really tell if it’s serious or if it’s throwing shade,” Whaley said. “Honestly, I don’t know. But I enjoy reading it nonetheless.”