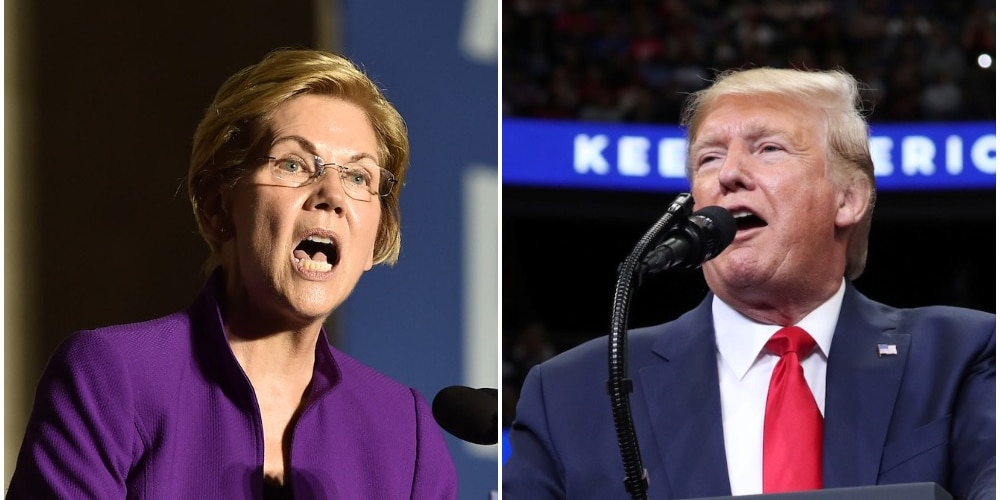 The Trump administration’s $50 billion airline bailout plan contains a provision that mirrors an element of Sen. Elizabeth Warren’s proposed guidelines that any company must accept to receive emergency federal funding during the coronavirus crisis.

First reported by The Washington Post, the proposal would limit increases in executive pay until the full amount of the loans are repaid. That resembles a call for Warren for restrictions on executive compensation.

The Treasury Department document that The Post obtained, however, doesn’t specifically include details on how much the limit would be. It also falls far short of what some progressives like Warren and many other Democrats are seeking.

The Massachussetts senator on Tuesday laid out eight conditions for companies seeking federal rescue money. They included permanently barring stock buybacks and getting rid of lavish executive bonuses for up to three years.

As the coronavirus ravages the economy and threatens to throw it into another recession, the Trump administration unveiled a $1 trillion stimulus plan that would direct federal funding to airlines battered by mass cancellations.

Four airlines — American, Delta, Southwest, and United — spent $39 billion buying back their stock in the last five years, according to Howard Silverblatt of S&P Global.

The document, though, may highlight a shift underway as Democrats increasingly call for far tougher conditions to impose on any company that accepts bailout funds. Many are also reluctant to provide federal money to companies that also got a big tax cut three years ago from the Trump administration.

During the 2008 financial crisis, the Obama administration capped executive pay at $500,000 for Wall Street institutions that had received large amounts of bailout money. But the government didn’t address bonuses, and over $140 billion was paid to bailed-out bank executives a year later.

That fueled outrage on both the left and right over the federal government bailing out the financial sector after the firms made bad investments that ultimately threw the American economy into a recession.