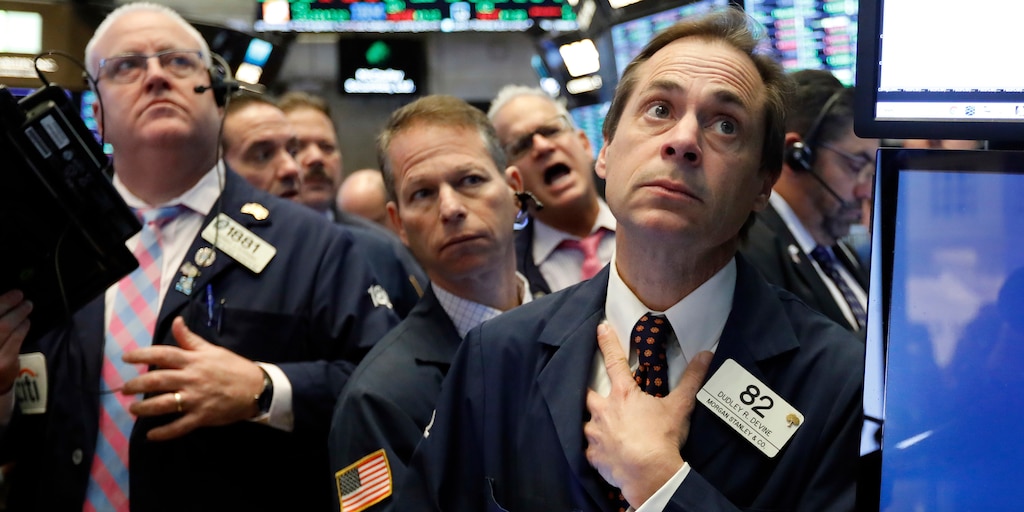 Goldman Sachs analysts explained why oil prices turned negative during a call with clients this week, and warned it would likely happen again next month. The call was replayed on the Exchanges with Goldman Sachs podcast.

Global demand for oil has plunged due to widespread lockdowns and travel restrictions in response to the coronavirus pandemic, and major producers have failed to cut their output in response. The resulting oil glut is straining transportation and storage capacity in the US, the analysts said.

That imbalance was exacerbated this week by exchange-traded funds holding on to oil futures contracts until two days before they expired, they continued. As a result, the ETFs were forced to pay someone to take the contracts before the oil was physically delivered to the key storage hub of Cushing, Oklahoma, which is nearing full capacity.

The upshot was that the price of West Texas Intermediate crude dropped well below $0 on Monday. It has now rebounded to above $15, fueled by renewed US-Iran tensions.

Read more: The CIO overseeing $270 billion at Guggenheim says stocks will plunge another 27% from current levels — but lays out a series of recommendations for bargain-hungry investors

“We never would have imagined”

The magnitude of Monday’s price drop caught the Goldman analysts off guard.

“We never would have imagined the scale of yesterday’s move would have been possible,” Anthony Dewell, head of Goldman’s EMEA commodity trading division, said on the call.

Normally, negative oil prices signal that producers are willing to pay someone to cart their oil away to avoid halting production, Jeff Currie, global head of commodities research, said. They also reflect the costs of transporting the oil.

“To give you an idea how out of whack yesterday was, I like to joke that, ‘Hey, -$36 a barrel, you can use helicopters to air lift that oil out of there,'” Currie said.

Read more: Wall Street’s best-performing fund this year breaks down its long-term strategy that’s outsmarting 99% of its peers — and shares 7 stocks to buy for a post-pandemic world

He added that the multi-billion dollar losses from the price crash mean it will “rank right up there” with “some of the biggest financial disasters we’ve seen.”

However, the psychological effects could be even greater.

“While it was a very technical, idiosyncratic event isolated to Cushing, Oklahoma, the press coverage of it really has created a sentiment shift,” Currie said. “It’s just a lack of understanding.”

Monday’s price drop was sparked by a rare situation, but the combination of weak demand, excess supply, and a shortage of storage space could drive prices below zero again.

“The fundamental story of negative prices — that can absolutely play out again,” Currie said. “This happened over and over in ’09. The odds of it happening again but from a fundamental perspective as we go into June expiration is quite high.”

Even if oil producers agreed to cut output, that wouldn’t address the storage issue overnight.

“This is crunch time from the physical market perspective,” Dewell said. “Policy decisions are probably too late at this point.”