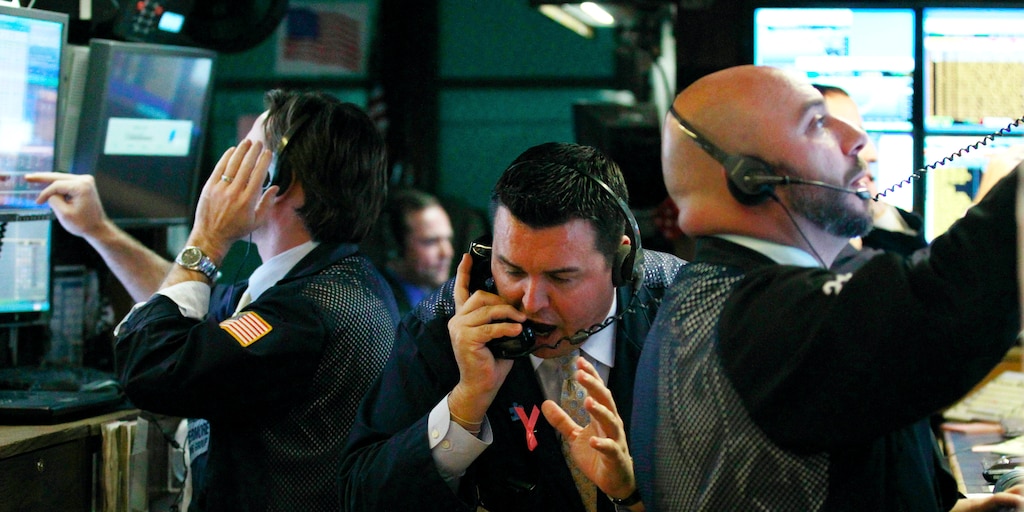 While it has become clear that the US economy is no longer growing, one offshoot of the contraction is only just beginning to emerge.

The Labor Department reported last week that the consumer-price index excluding volatile food and energy costs fell by 0.1% in March. It was the first such decline for the so-called core CPI reading since January 2010, and reflected massive drops in the prices of airfares, hotels, and other things Americans splurged on before the coronavirus pandemic put normal life on hold.

This datapoint also represents the first red flag that deflation — a sustained decline in prices — is creeping into the US economy. And according to Albert Edwards, the global strategist at Societe Generale well-known for his bearish views, investors are not paying this prospect the attention it warrants.

“Falling core CPIs are likely to be much more of a shock to investors than slumping real economy data — which is being largely dismissed,” Edwards said in a recent note.

Among the implications of outright deflation would be a downward spiral in consumer and business spending. At its worst, deflation is a self-reinforcing cycle: reduced consumption during a recession prompts businesses to cut their investments, which then raises unemployment and limits spending all over again. If this economic downturn produces deflation, the recovery that many are anticipating in the second half of this year will be in jeopardy.

The example Edwards frequently cites is Japan, which was stuck in a decade of deflation after its property market collapsed in 1991. He has dubbed the potential deflationary fallout from this crisis as “the great meltdown” and expects it to reassert itself as a dominant investment theme in the near future.

For now, investors are drawing optimism from news that Gilead’s drug Remdesivir may be an effective treatment for COVID-19. Stocks gained for a second straight week on this news, as well as on signs that parts of the economy have roadmaps for reopening soon.

Additionally, the Federal Reserve’s stimulus continues to lift sentiment and even stoke speculation that its huge money-printing efforts will create inflation. To wit, the 10-year breakeven inflation rate — which serves as an indicator of expectations — leapt from 0.5%, its lowest reading since 2009, after the Fed announced its open-ended buying of assets.

At 1%, the breakeven rate is still pricing in minimal inflation. But Edwards reckons that investors will be caught flat-footed by the opposite outcome, which is deflation.

“A GDP slump might be ignored, but a slide into deflation will shock investors,” he said.

In terms of the investing implication, he expects that real bond yields (adjusted for inflation) will also decline to the benefit of those who have gold in their portfolios. Unlike bonds which would yield next to nothing, gold presents as a safe-haven asset that can produce income and serve as a hedge if and when inflation returns.