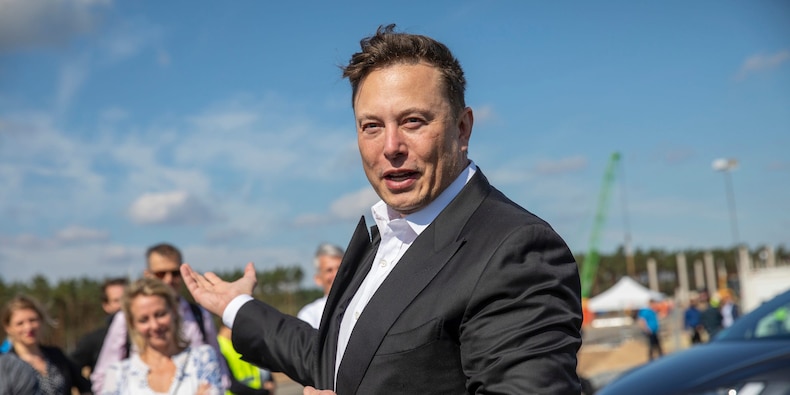 Short sellers saw $38 billion in mark-to-market losses throughout 2020, Bloomberg reported Thursday, citing data from S3 Partners. Short interest in the shares fell to less than 6% of Tesla’s float from nearly 20% as the company’s rally led investors to close out their bearish positions.

Tesla bears lost more than any other group of short-sellers in 2020. Those betting against Apple saw the second-largest deficit of nearly $7 billion, according to Bloomberg.

Read more: Wall Street’s biggest firms are warning that these 7 things could crash the stock market’s party in 2021

The hefty losses are up sharply from the previous year’s total. Bearish investors lost $2.9 billion in 2019 as Tesla jumped nearly 70% from its June low into the end of December.

Short-selling a stock involves selling borrowed shares and buying them at a lower price. Investors shorting a stock profit from a drop in price.

Tesla shares gained 743% in 2020, boosted by steady profitability, newly bullish analyst outlooks, and outsized demand from retail investors. The rally pushed CEO Elon Musk’s net worth to $158 billion in December and established him as the world’s second-wealthiest person – after Amazon CEO Jeff Bezos.

The automaker split its shares on a five-for-one basis in August after Tesla’s stock price climbed above $2,000. While the action had no effect on the company’s fundamentals, some analysts saw the move as helpful to stoking new interest from retail investors.

The stock most recently charged higher upon inclusion in the S&P 500 index. News of Tesla on the S&P lifted shares in mid-November. Soon afterward, Goldman Sachs analysts noted that institutional investors tracking the index could fuel Tesla’s next leg higher as they look to match the benchmark’s weight.

Musk has repeatedly squared off with short sellers on social media. The chief executive’s latest mockery of the group came in July when he sold red shorts featuring the company’s logo. The “short shorts” – marketed as a sardonic rebuke to the company’s short-sellers – proved so popular on their launch day that Tesla’s merchandise website crashed.

US stocks close at record highs to end tumultuous 2020