Shopify’s CEO says Amazon isn’t a competitor, but Amazon’s CEO says it is. Here’s what experts say the real relationship is. (AMZN, SHOP) 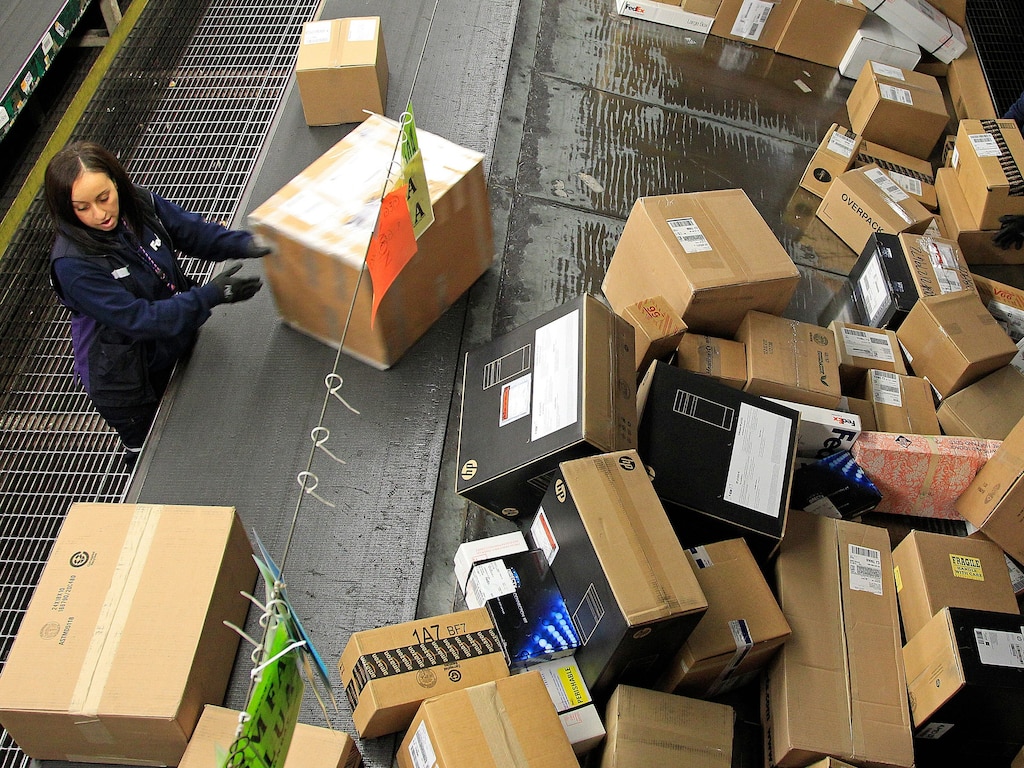 Last week, the CEOs of Amazon and Shopify gave contrasting views about each other.

In his statement to the antitrust House committee, Amazon’s CEO Jeff Bezos singled out Shopify as a new competitor that’s helping traditional brick-and-mortar stores launch their own online businesses.

But Shopify’s CEO Tobi Lutke seemed to disagree when he was asked during the company’s earnings call about Amazon as a competitive threat. He said Shopify “doesn’t directly compete” with Amazon, instead highlighting its partnership with the online retailer.

“I don’t think we have any particular insights beyond just fellow travelers in a world of technology,” Lutke said.

The strikingly different perspectives of the two CEOs begs a question about the true nature of  their relationship with each other: Are they competitors?

“I think [Lutke] was being diplomatic,” said Tom Forte, an analyst at D.A. Davidson, who asked the question about Amazon during Shopify’s earnings call. “I really believe Shopify is a competitor to Amazon, and in some instances, the anti-Amazon.”

Forte said Shopify serves as an “antidote” to the growing power of Amazon and other tech giants in the e-commerce space because it’s helping over a million small businesses to compete with them — while fighting over the same market share. Shopify sells the tools needed to launch an online store, including software to run a website and accept online payments. But unlike Amazon, it doesn’t sell anything directly to consumers or operate a marketplace where other merchants can sell their products.

The competition is expected to accelerate going forward as Shopify continues to add more services. Most recently, it launched a new service called Shopify Fulfillment Network, which helps store and ship products on behalf of sellers. That service is in direct competition with Amazon’s Fulfilment by Amazon, a key piece of its third-party marketplace that generated $53 billion in sales last year.

Amazon is the de facto leader in online retailing, with a market cap of roughly $1.6 trillion. Shopify, with a value of about $125 billion, is much smaller in size, but is starting to catch up.

In fact, Shopify helped facilitate more product sales than eBay for the first time in the second quarter, making it the second largest e-commerce service behind just Amazon, according to Marketplace Pulse.

Perhaps the better way to describe their relationship is to call them “indirect” competitors, according to Rick Watson, CEO of RMW Commerce Consulting.

While they play in the same e-commerce field, Amazon and Shopify are targeting different users, he said. For example, Amazon generates the bulk of its sales from end shoppers, while Shopify makes money by targeting business owners that sell online. Although Amazon has its own marketplace used by third-party sellers, merchants are unlikely to choose one over the other when selling online because each platform serves a different purpose.

“It’s not mutually exclusive,” Watson said. “Direct competition is almost out of the question.”

That doesn’t mean the dynamics won’t change in the future. Amazon previously launched a Shopify-like webstore business that shut down in 2015, and there’s no reason to believe it won’t try it again given the company’s ever-growing ambitions. Meanwhile, there’s been plenty of speculation about Shopify potentially launching its own marketplace for years.

If they end up competing more directly, however, Shopify seems to have one advantage over Amazon: user trust.

Mark William Lewis, founder of Netalico Commerce, a consulting agency for online sellers, said the sellers he works with generally prefer to start on independent sites powered by companies like Shopify, before expanding to Amazon’s marketplace. More importantly, he said, many sellers are worried about Amazon’s dual role of being both a seller and a marketplace, an issue that’s been at the center of the recent House antitrust investigation. Recent reports of Amazon copying best-selling products from its sellers and repeated claims of unfair suspensions that lead to unexpected losses have amplified those concerns, he said.

Still, Shopify seems mindful of Amazon’s presence in the e-commerce space, Lewis said. It’s common for Shopify to mention Amazon in company presentations, often creating an impression that they’re winning share against the e-commerce giant, he said. (referring to the slide below that was used during last year’s Shopify Unite conference.)

“Maybe Shopify is not a competitor, but an alternative to Amazon,” Lewis said. “But they definitely look at Amazon as an ‘us vs. them’ situation.”