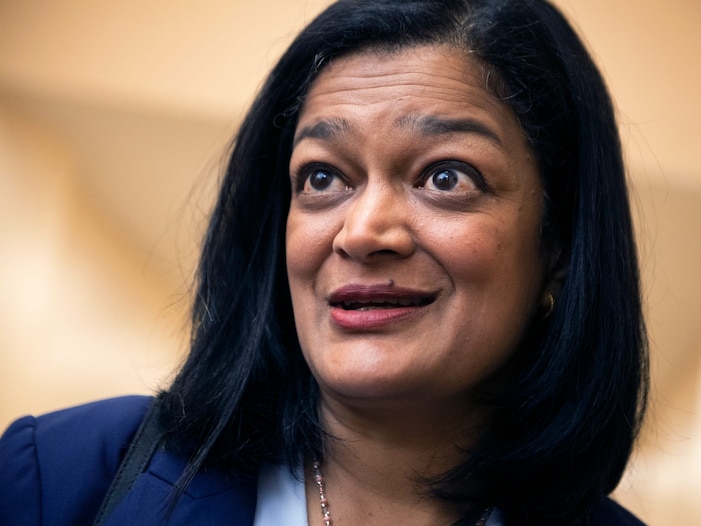 Members of Congress routinely trade stocks, buying and selling the shares of companies that often have significant business before the federal government – and sometimes spend lots of money to lobby lawmakers.

Rep. Pramila Jayapal, a Democrat from Washington state, will introduce a bill in the US House that in part would ban members of Congress, as well as other top federal officials, from buying and selling individual stocks, her office confirmed to Insider.

Jayapal’s confirmation comes days after Sen. Elizabeth Warren, a Massachusetts Democrat, told Insider that she would introduce legislation in the Senate that would do the same.

“They do not believe that members of Congress, Cabinet secretaries, federal judges, and other senior government officials should be able to own and trade stock,” Jayapal spokesman Chris Evans said in an email.

Both lawmakers also teamed up in late 2020 to introduce companion bills – styled the “Anti-Corruption and Public Integrity Act” – that targeted lawmakers’ stock trades and introduced various lobbying, ethics, and conflict-of-interest reforms. Both bills died in committee without even receiving votes.

Much, however, has changed in the months since. Stock trades by several members of Congress – from Republican Sen. Richard Burr of North Carolina to Democratic Rep. Tom Malinowski of New Jersey – have come under significant scrutiny of late. And Democrats, who generally appear more eager this session than Republicans to advance government reform bills, control both chambers of Congress.

Freshman Rep. Scott Franklin took care of some financial housekeeping last month that earned him a small fortune. According to his most recent disclosures, the Florida Republican and former insurance executive unloaded up to $165 million worth of shares in various companies on May 25.

Boozman also sold up to $15,000 worth of shares in Johnson & Johnson, the pharmaceutical company that helped develop a one-shot COVID-19 vaccine actively in use domestically after a brief pause because of blood clot-related safety concerns.

Johnson & Johnson has also experienced vaccine production issues. And the Food and Drug Administration last week told the company to throw out 60 million COVID-19 vaccine doses because of contamination concerns at one plant where the vaccine is made.

Elaine Chao, the former Trump administration transportation secretary and wife of Republican Senate Minority Leader Mitch McConnell of Kentucky, purchased up to $15,000 in Wells Fargo & Company stock on June 3, according to a congressional financial disclosure. The purchase was a dividend reinvestment.

Chao has a long history with the bank, having served on its board from 2011 to 2017. Last year, Wells Fargo agreed to pay $3 billion to settle federal criminal and civil investigations into its practice of opening customer accounts without their permission.

In late May, Green also bought up to $250,000 shares in Energy Transfer and two purchases, totalling up to $600,000, in Shell Midstream Partners.

Rep. James Langevin, a Democrat of Rhode Island, made seven trades in May in Generac Holdings, an industrial company manufacturing generators. Each trade was between $1,001 and $15,000.

The Oregon Democrat’s latest filings show that on May 28 his wife bought up to $15,000 worth of shares in AutoZone Inc. – the D-I-Y retailer that stocks replacement parts and accessories for those hoping to keep their gas-guzzling, smoke-belching rides on the road as long as possible.

“Part of my spouse’s retirement portfolio,” the filing reads.

The Missouri Republican’s latest filings show she purchased up to $50,000 worth of municipal bonds to bankroll a new judicial complex/local jail in Wisconsin. “The congresswoman and her husband have invested in interest-bearing bond sales around the country as a part of their diversified investment strategy recommended by their financial advisor,” Wagner spokesman Arthur Byrant told Insider about the recent acquisition.

Construction of the Trempealeau County Justice Center, which is projected to cost up to $40 million, is expected to stretch into 2023, reports La Crosse, Wisconsin-based WKBT-TV.