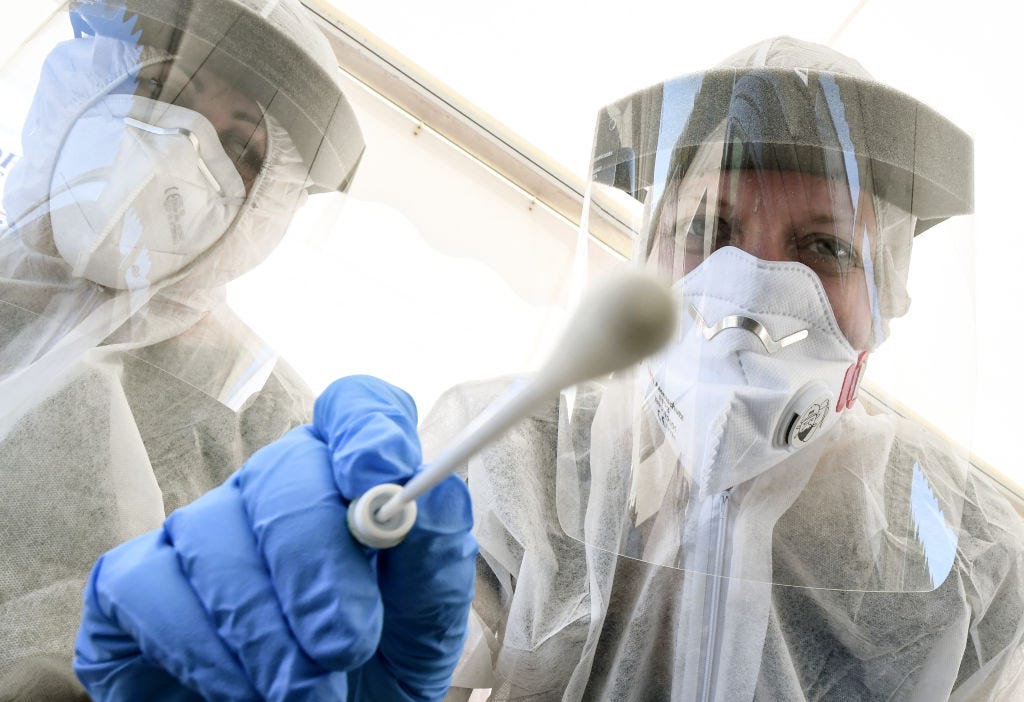 Thousands of travelers carried the coronavirus from New York around the United States in early March, triggering most of the new cases that erupted nationwide.

The New York Times reported on Thursday that tiny genetic mutations helped researchers track between 60% and 65% of new infections back to the outbreak in the country’s biggest city.

“We now have enough data to feel pretty confident that New York was the primary gateway for the rest of the country,” Nathan Grubagh, of the Yale School of Public Health, told the Times.

New York’s schools were shut down on March 15 and Gov. Andrew Cuomo put the state on lockdown one week later. But by then, New York had already become “the Grand Central Station for this virus, with the opportunity to move from there in so many directions, to so many places,” David Engelthaler, head of the infectious disease branch of the Translational Genomics Research Institute in Arizona, told the Times.

The number of cases statewide shot up from 15,168 cases on March 22 to 59,513 patients by March 27, according to the COVID Tracking Project.

As of Thursday, more than 327,400 people across New York have been infected by the coronavirus and at least 26,144 have died.

“It means that we missed the boat early on, and the vast majority in this country is coming from domestic spread,” Kristian Andersen, an immunology and microbiology professor at Scripps Research told the Times. “I keep hearing that it’s somebody else’s fault. That’s not true. It’s not somebody else’s fault, it’s our own fault.”

The Times analyzed cellphone and travel data and discovered that the number of cases in different places depended on how many people went there from New York about two weeks before the state’s stay-at-home order was issued.

The newspaper also found that the minor genetic mutations of New York’s virus connect it to COVID-19 outbreaks in Europe, while the infections in Washington state were linked to China. (The strains do not differ in terms of the symptoms or severity of infections.)

Benjamin Branham, a spokesman for the Port Authority of New York and New Jersey, told the Times that customs officials “only screened passengers from China,” not from Europe.

Dani Lever, communications director for Cuomo, criticized the federal government for the “enormous failure” of leaving the East Coast “exposed to flights from Europe, while at the same time instilling a false sense of security by telling the State of New York that we had no COVID cases throughout the entire month of February.”

“Just as he acted early on to cut off travel from the source of the virus, President Trump was advised by his health and infectious disease experts that he should cut off travel from Europe — an action he took decisively without delay to save lives while Democrats and the media criticized him and the global health community still did not fully comprehend the level of transmission or spread,” he told the Times.