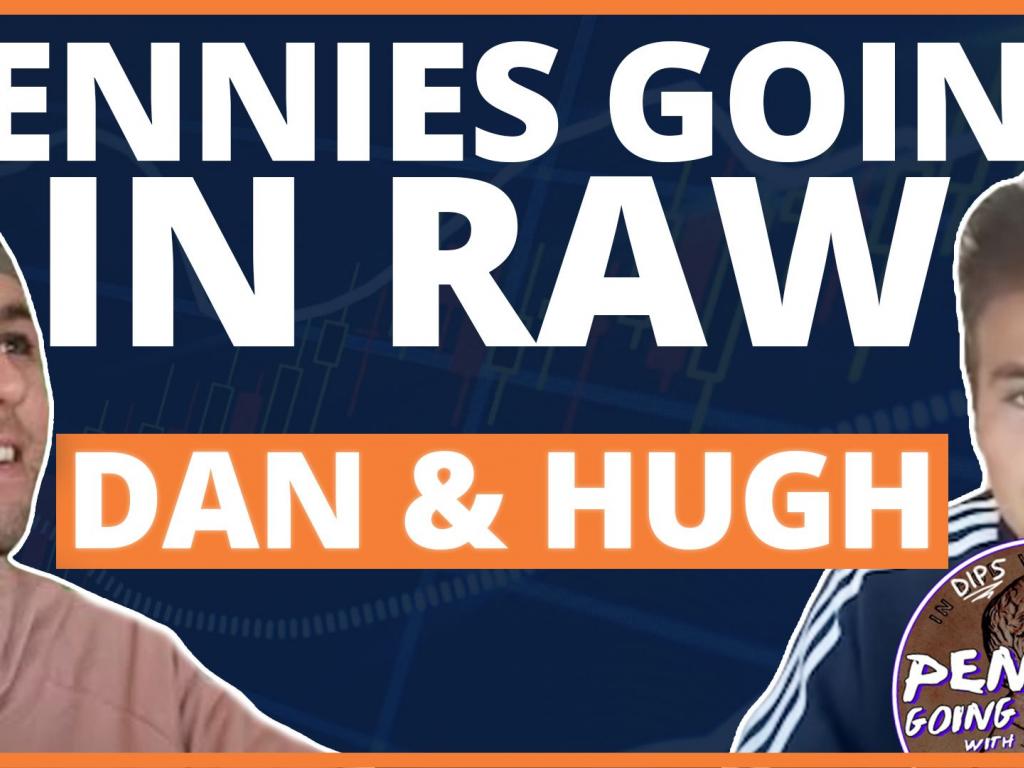 WHO: Dan, Deity of Dips and Hugh Henne, two young investors and hosts of the podcast “‘Pennies: Going in Raw,” interviewed with Luke Jacobi on Benzinga’s daily Power Hour show. Hugh and Dan’s podcast is now among the top 15 business podcasts on the charts.

“We’re really excited about the way things are working,” Henne told Benzinga. “We wanted to create a place where everyone can have different kinds of education; large caps, small caps.”

SHORTS? Hugh said he loves to short Nikola (NASDAQ:NKLA), the EV truck-maker: “Any time they get a press release, I love to short it. I think them having even a 100-million-dollar market cap is absurd.”

“I can put my sister in an Eagles jersey and call her an NFL player but she’s not going to tackle like Brian Dawkins,” Henne said.

WHO DO YOU LOVE: Dan likes IPOC (NYSE:IPOC), a Social Capital SPAC aiming to bring Clover Health public early in 2021. IPOC trades around $13.25.

“It’s going up a lot,” Dan said. “The second I know anything about a stock, I’ve been in it too long. I play the price action. Prayer helps too”

Henne said he likes Johnson and Johnson (NYSE:JNJ) as it gears up to have a new coronavirus vaccine being approved and distributed in the near future.

WHAT THEY DO: Dan and Hugh are active on a discord trading group, Atlas Trading. There, users bounce trading ideas off each other and help newer traders learn the intricacies of the stock market. Dan and Hugh each have different trading strategies, but both are able to boast big gains.

“I’m a thesis, catalyst swing trader,” Henne said. “And then you got Dan, I don’t even know what you call that strategy. I’ve never heard of it. He has 50 different tickers, he buys it when it’s low, he sells it when he thinks it’s high, he’s up like 2,000% percent this year.”

Dan quickly corrected Hugh, his returns on the year are really closer to 4,000%.

WHERE TO FIND THEM: Their podcast, “Pennies: Going in Raw” is on Apple podcasts as well as on Spotify. In addition, you can catch up on them in the Atlas Trading discord.