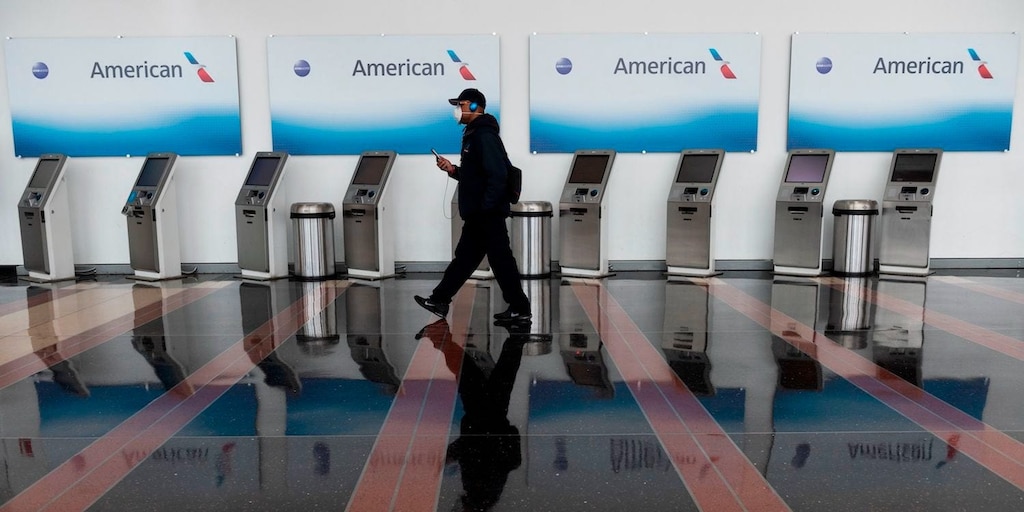 Six American Airlines passengers are suing the airline for racial discrimination after a Black man claims he was forced to disembark a plane for requesting a seat change.

Elgin Banks from Arizona was removed from a flight from Los Angeles to Phoenix on May 31, after he “politely requested” to switch his seat, according to attorney Theida Salazar who spoke to NBC News.

A white flight attendant reportedly told Banks that he could move to a different seat once everyone boarded the plane.

After boarding, several other passengers, who were not Black, switched seats, prompting Banks to ask the attendant again if he could sit closer to the front of the plane.

“The flight attendant replied, ‘Sir, step back,’ in an aggressive and rudely intimidating tone,” the lawsuit read. “Elgin replied, ‘okay ma’am, all I was asking is if I could get a seat closer to the front.'”

According to the lawsuit, the crew member consequently asked Banks to sit down and not raise his voice.

After obeying, Banks says he was approached by security who asked him to disembark the plane, which prompted other passengers to step in.

“It was the passengers around him that implored him, ‘Sir, you didn’t do anything wrong. You shouldn’t be getting ejected from the flight,'” Salazar said.

Banks and the passengers who intervened were all removed from the flight and later banned by American Airlines, according to Salazar.

A spokesperson for the company said the allegations “are not a full or accurate portrayal of the incident” and denied that the passengers were banned from flying with American Airlines.

The spokesperson told Business Insider that Banks had asked to move to the first-class cabin but was told that he was not eligible.

“During the boarding process, he attempted to relocate to the first-class cabin prior to leaving the gate,” the spokesperson said.

“One of the seats he attempted to sit in was assigned to another passenger. The disruption on board required deplaning passengers with the flight departing the next day.”

“Discrimination of any kind is not acceptable and does not align with our values, which is why we launched an investigation. We are continuing to review this incident, but we believe that the allegations are not a full or accurate portrayal of the incident,” the statement continued.

Brandy Flowers, one of the passengers who is a plaintiff in the lawsuit, told KTLA that she defended Banks because “silence is not an option anymore.”

“When you see something that is wrong and unethical … we need to stand up and say something,” she said.

Rapper and actor Ice Cube, who has more than  5.4 million Twitter followers, also commented on the incident, tweeting: “They need to fix their attitude before I fly them again.”

Tweet Embed:
//twitter.com/mims/statuses/1273974583608016900?ref_src=twsrc%5Etfw
Black people are having more and more problems with American Airlines. They need to fix their attitude before I fly them again.

The alleged incident comes weeks after American Airlines CEO Doug Parker sent a message to staff recalling a conversation he had with a Black Southwest Airlines flight attendant about racism.

“I’m saddened that we as a society have progressed so slowly on an issue that has such as clear right and wrong,” Parker wrote in a note to the Southwest attendant.

Surprise
0 0 %
2020-06-21
Previous Post: Glenmark Becomes the First Pharmaceutical Company in India to Receive Regulatory Approval for Oral Antiviral Favipiravir, for the Treatment of Mild to Moderate COVID-19
Next Post: I found my ‘flow’ and can now happily balance a stressful job, my family, and my household duties Ã¢ÂÂ this is how I did it