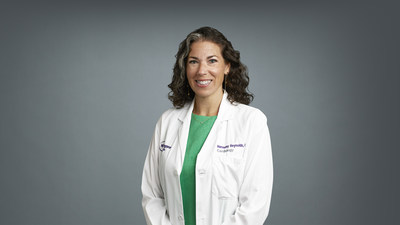 Led by researchers and clinicians at NYU Grossman School of Medicine, the study examined women with MINOCA, or myocardial infarction with non-obstructive coronary arteries, a condition that accounts for 6 to 15 percent of heart attacks and is 3 times more common among women than men with heart attack. It determined that coronary optical coherence tomography (OCT) and a cardiac MRI identified the underlying cause of heart attack in 85 percent of study participants.

“For a long time, women with symptoms and blood results of a heart attack whose coronary arteries were not blocked more than halfway were told they did not have a heart attack, and often were not given medical treatment for heart attack,” says Harmony R. Reynolds, MD, the study lead author and director of the Sarah Ross Soter Center for Women’s Cardiovascular Research at NYU Langone Health. “This left women with questions about what happened to them, and whether it was a heart problem. Our research provides answers for these women and vital information to guide doctors on how best to treat them.”

In the study, women diagnosed with MINOCA based on an angiogram had two additional imaging tests to determine the cause of their heart attack. During a coronary angiogram, the standard test to check on the arteries for patients with heart attack, a catheter is threaded up to the coronary arteries through a small incision in the wrist or groin. During the OCT test, an additional imaging catheter placed inside the coronary arteries uses light to take photographic images of the artery wall, and can find plaques and blood clots that an angiogram can miss. The second test, a cardiac MRI, shows which areas of the heart muscle have been injured and whether that injury is related to lower blood flow, inflammation, or another reason.

Researchers enrolled 301 women who had a heart attack across 16 international sites. The median age of study participants was 60 years old, and 50 percent were non-Hispanic white women. Of this group, 170 women had MINOCA: 23 had contraindications to OCT, and the remaining 147 received OCT, with 145 having adequate OCT images; 116 of the women also received a cardiac MRI within a median time of 6 days from the heart attack.

Based on cardiac MRI, one in five of patients with MINOCA was found to have an alternate, non-ischemic diagnosis, such as myocarditis, Takotsubo syndrome, or another cardiomyopathy. Patients with these diagnoses receive different treatment than patients with heart attack in general.

For the remaining 16 percent of the women in the study, both the OCT and cardiac MRI scans were normal, and the cause of the heart attack was not found.

“These findings build upon our understanding of MINOCA and set the stage for the next frontier of women’s cardiovascular care,” says Dr. Reynolds. “Physicians no longer need to guess at the cause of heart attacks because we have the tools we need to correctly diagnose and successfully treat most patients.”