SAN FRANCISCO, June 21, 2020 /PRNewswire/ — MasterClass, the streaming platform that makes it possible for anyone to learn from the best, announced today, Go Skateboarding Day, that legendary skater and cultural icon, Tony Hawk, will teach a class on skateboarding. In the class, Hawk will break down foundational skateboarding techniques in vert, park and street skating, and share intimate stories and insights from his storied career, which helped turn skateboarding into an internationally celebrated sport. Hawk’s MasterClass is now available at MasterClass.com, and members can subscribe for unlimited access to all new and existing 85+ classes through the All-Access Pass. MasterClass categories include business, culinary arts, film & television, music & entertainment, photography, sports, lifestyle and more. 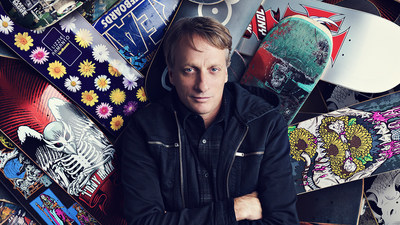 “Tony completely changed the world of skateboarding and we are excited to bring his class to life on Go Skateboarding Day,” said David Rogier, co-founder and CEO of MasterClass. “His MasterClass gives a rare look not only into his skating techniques, but also into his life lessons that will do nothing less than inspire you.”

Tony Hawk is recognized as one of the pioneers of modern skateboarding who elevated the sport’s profile, and he is credited with changing the perception of skateboarding from a subculture to a widely embraced sport. After his brother gave him his first board in the ’70s, Hawk went on to become one of the youngest competing pro athletes by the age of 14. Over the course of his 17-year career, he won more than 70 skateboarding contests and made skate history by becoming the first person to perform and land the 900, a two-and-a-half aerial spin above a vert ramp, during the X Games 5 competition. In 1992, Hawk started his own skateboarding company, BirdHouse, and was inducted into the Skateboarding Hall of Fame in 2009. Hawk established The Tony Hawk Foundation that has awarded $10 million to help create public skateparks around the world.

“Skateboarding is a lesson in perseverance, a lesson in self-confidence and a lesson in belief,” said Tony Hawk. “I hope my MasterClass can show members that you don’t have to be a pro skater to carry these lessons with you for life.”

Hawk’s MasterClass teaches members the art of skateboarding, breaking down skateboarding techniques at all levels and sharing practical advice on becoming a successful skater. Designed for all levels, Hawk’s class starts with the basics in park, street and vert, making it possible for someone who has never touched a skateboard before to pick it up and learn. Building on the fundamentals of the sport, Hawk brings in two of his own protégés—his son and top-level street skateboarder, Riley Hawk, and top-level park skateboarder and future Olympian, Lizzie Armanto—to assist him in demonstrating intermediate and advanced tricks. For the first time, Hawk explains the methods and nuances to performing his signature tricks including the Madonna and the 540 McTwist. Each lesson will begin with an inspirational story from Hawk’s past, including how he was bullied as a kid and used skateboarding as an outlet. Throughout his class, Hawk revisits significant moments from his career as a professional skateboarder, including when he landed the first-ever 900 during the 1999 X Games  and the night he landed a Kickflip McTwist for the first time. Hawk also shares an inside look into the creation of the iconic Activision video game Tony Hawk’s Pro Skater. MasterClass members will come away from the class feeling inspired by Hawk’s perseverance and willing to try something new on or off the board.

To celebrate the launch, MasterClass and Hawk are teaming up for MasterClass presents Tony Hawk’s NBD / Best Trick Challenge, where 21 of the world’s best skaters, including Hawk himself, Bucky Lasek, Lizzie Armanto and Sky Brown among others, will compete for “Best Trick.” Starting June 24, videos of each trick will be shared on MasterClass’s and Hawk’s social media channels. After public voting ends, the winners will be announced by Hawk on June 29.

Hawk’s MasterClass joins the 85+ classes taught by world-renowned instructors on culinary arts, photography, writing, performance and much more. Each MasterClass has digestible video lessons sized to fit into any part of your day and cinematic visuals with close-up, hands-on demonstrations that make you feel one-on-one with the instructor. The All-Access Pass gives you access to every MasterClass and new ones as they launch. Learn on the go with mobile apps or in the comfort of your home with Apple TV®, Amazon Fire TV, Android TV and Roku® devices. Subscribe to greatness at MasterClass.com.

ABOUT MASTERCLASS
Founded in 2015, MasterClass makes it possible for anyone to learn from the best. With MasterClass, step into Anna Wintour’s office, Timbaland’s recording studio, and Neil Gaiman’s writing retreat. Improve your serve with Serena Williams, perfect your pitch with Shonda Rhimes, and leave the atmosphere with Chris Hadfield. Hundreds of video lessons from 85+ of today’s most brilliant minds are available anytime, anywhere on iOS, Android, desktop, Apple TV, Amazon Fire TV, Android TV and Roku devices with the All-Access Pass ($180/year). Subscribe to greatness with MasterClass. 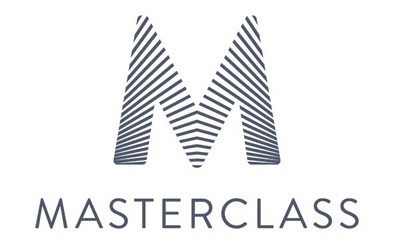 2020-06-21
Previous Post: I found my ‘flow’ and can now happily balance a stressful job, my family, and my household duties Ã¢ÂÂ this is how I did it
Next Post: NEXA Digital Marketing Agency Invests in UAE based Pipeline Business Growth Services to Create a Unique Lead Generation Service for Enterprise Clients in the MENA Region

As Seen On TV