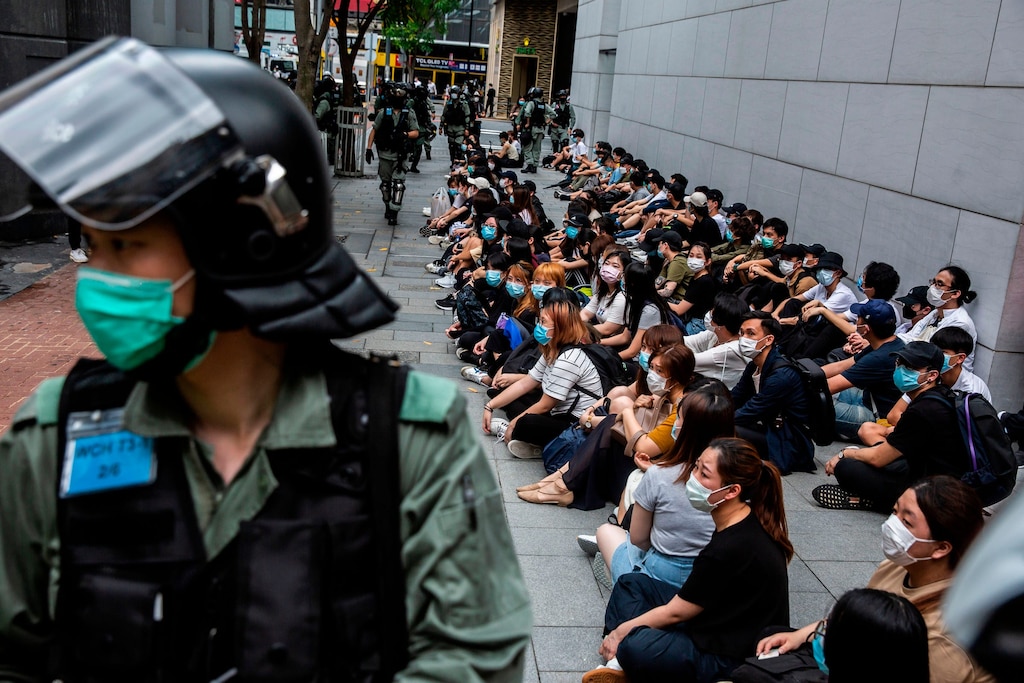 Global stocks were mixed Wednesday after US President Trump promised “interesting” action on China’s proposed crackdown on Hong Kong by the end of the week, and as European investors wait anxiously for the announcement of a new stimulus package from the European Commission.

Hong Kong’s Hang Seng fell 0.5% as thousands of protesters flooded the streets in defiance against a proposed law that would allow Beijing to more harshly crack down on dissent in the semi-autonomous region.

China’s Shanghai Composite index retreated 0.3% after President Trump promised of a “very interesting” US response within days when asked if the White House is considering sanctions against China or visa restrictions for Chinese students. He didn’t elaborate on the measures.

Trump also warned Hong Kong was at risk of losing its status as a global financial centre if the proposed national security law goes ahead as planned.

Kayleigh McEnany, the White House press secretary, told reporters Tuesday that Trump is “displeased with China’s efforts and … it’s hard to see how Hong Kong can remain a financial hub if China takes over.”

She added that Trump’s response would take into consideration a range of Chinese officials, businesses, and financial institutions.

Despite escalating US-China tensions and alarming implications for Hong Kong, Western investors chose instead to focus on easing lockdowns across the globe, extending substantial gains from the previous day.

As the New York Stock Exchange reopened its iconic trading floor Tuesday after a two-month shutdown, Wall Street closed at its highest level in nearly three months on hopes of economic revival.

“The world getting back on its feet has given a lot of encouragement to investors, also helped by hopes over various potential vaccines being developed in the fight against coronavirus,” Russ Mould, investment director at AJ Bell said in an email.

In Europe, investors were firmly fixed on the upcoming European  Commission announcement on a new coronavirus-linked stimulus package. The Euro Stoxx 50 rose 1.6% ahead of the announcement, which will come in the European afternoon, and according to media reports Wednesday morning, is likely to be worth around €750 billion ($823 billion).

Analysts pointed out that in recent weeks markets have made insubstantial moves despite a diverse range of anxiety-causing headlines.

That “says a lot about how successfully central banks have detached them from reality,” Rabobank analysts said in a note.

Read More: Billionaire and legendary investor David Booth: Here’s how to invest smartly right now so you come out of the pandemic with financial security

Read More: A Wall Street chief strategist analyzes 4 recessions throughout history to explain why investors should still be buying stocks — even as the economy hurtles into depression