BRUSSELS, June 18, 2020 /PRNewswire/ — The Euroclear group announces that Marc Antoine Autheman has decided to step down as the Chairman and Director of the Euroclear boards. 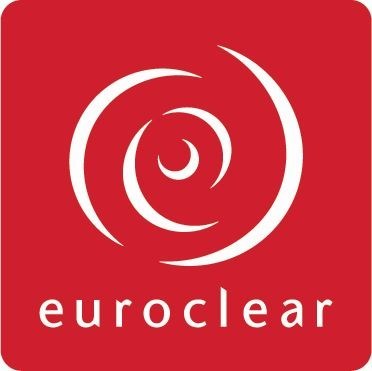 During Mr Autheman’s eight year tenure, Euroclear’s strategy has resulted in its strong financial position and performance, delivering consistently growing returns for shareholders and value for its financial market participants, whilst adapting to meet the requirements of the post-financial crisis regulatory and geopolitical environment.

Having steered the business through its response to the current COVID-19 situation, Mr Autheman considered that now was an appropriate time to stand aside, and for the group to appoint a new chairman. He leaves Euroclear well positioned for the future, in its role of serving global financial markets as a critical infrastructure.

The Boards decided to take this opportunity to undertake the ongoing governance reforms at the level of Euroclear Holding (the group’s financial holding and parent company) and Euroclear SA/NV (the group’s fully regulated operating board).

In addition, Bert De Graeve has decided to take this opportunity to step down from his role as independent non-executive director of Euroclear Holding.

Pending the appointment of a new permanent Chairman, who is expected to be the same for each Board, Mr Finders is appointed as the interim Chairman of Euroclear Holding SA/NV, while Mr Passacantando is the interim Deputy Chairman. At the level of Euroclear SA/NV, Mr Passacantando has been appointed as interim Chairman with Mr Finders as interim Deputy Chairman.

A search will now begin for a new permanent Chairman of the two Boards.

“It has been an honour and a privilege to lead the Euroclear boards during my time as Chairman. That Euroclear is the robust and relevant open financial market infrastructure it is today reflects the sustained contribution of many colleagues at every level of the company and a spirit of cooperation within the financial industry. Now is an opportune moment for me to pass the baton, allowing my successor to continue Euroclear’s positive evolutions in the years to come.”

“We are grateful to Marc Antoine for leading the Euroclear group boards over the past eight years. Euroclear continues to perform very well from an operational, business and financial perspective, even in today’s volatile environment. We will be working together with the boards and the executive management team to implement Euroclear’s strategy, strengthening its role as critical financial market infrastructure and supporting client needs across its growing global network.”

Franco Passacantando has been a director of Euroclear SA/NV since 2013, and has chaired its Risk Committee since 2017. He was also previously on the board of the group’s holding companies, Euroclear plc and Euroclear Holding SA/NV until May 2019. Mr Passacantando held a number of senior positions at the Bank of Italy (including running the payments and market infrastructure area) until his retirement in 2013. He was also an Executive Director of the World Bank from 1995 to 2003 and an Expert Member of the Board of the European Investment Bank from 2013 to 2018. He has a degree in Statistics from La Sapienza University of Rome and a Master of Arts in Economics from Stanford University.

Harold Finders has been director of Euroclear SA/NV since 2017 and Chair of its Remuneration Committee since 2018. He was previously on the board of the group’s holding companies, Euroclear plc and Euroclear Holding SA/NV until May 2019. Mr Finders was previously CEO of SunGard Financial Systems, leading a worldwide staff of 14,000, providing capital markets and asset management solutions to the world’s leading financial institutions. During this time Mr Finders led several mergers and acquisitions, the largest valued at $800m. He is an investor in several early-stage technology start-ups, speaks four languages, is used to working in diverse multi-cultural organizations, and holds Swiss and Dutch nationality. Mr Finders has a MBA in Finance (HEC) from the University of Lausanne.

Euroclear group is the financial industry’s trusted provider of post trade services. At the core, the group provides settlement, safe-keeping and servicing of domestic and cross-border securities for bonds, equities and derivatives to investment funds. Euroclear is a proven, resilient capital market infrastructure committed to delivering risk-mitigation, automation and efficiency at scale for its global client franchise.