‘Embrace the coming crash’: A notorious market bear who called the dot-com bust warns big tech stocks are on the verge of succumbing to the economy’s downturn 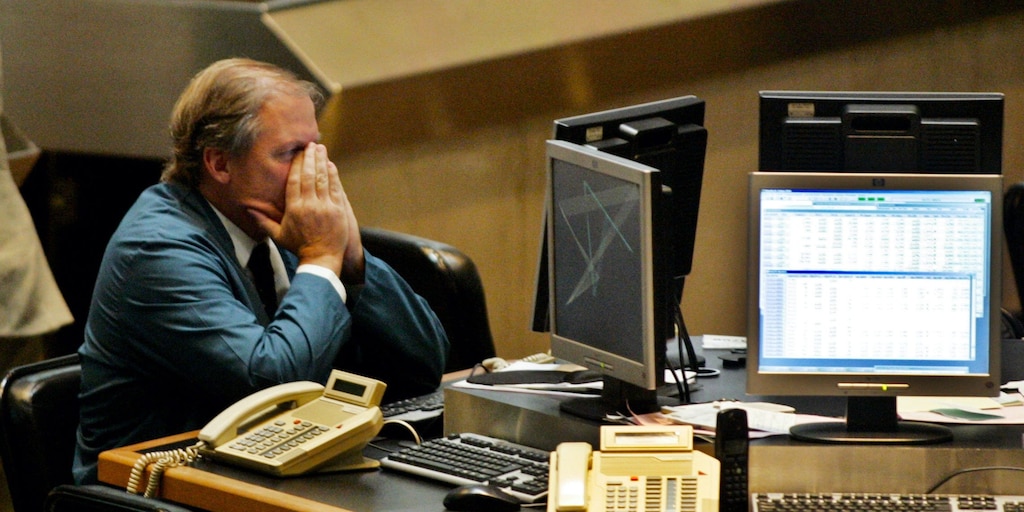 Albert Edwards is not shy to take a victory lap when he makes an accurate market call.

The Societe Generale global strategist warned about the unsustainable rise of tech valuations in the late 1990s.

And as the global financial crisis deepened in March 2008, he warned that commodities were overbid as a safe haven asset. Within four months, the price of Brent crude oil hit its lifetime peak above $144 per barrel and then collapsed 75% to its crisis low.

Edwards recently resurfaced these prescient calls in a note to clients and included a new warning on tech stocks. “Embrace the coming crash,” he said, adding that he expects the cohort to succumb to the gravitational pull of the coronavirus-led economic downturn.

Despite his foresight on the dot-com bubble and the 2008 commodities crash, Edwards is quick to acknowledge that he has been wrong on tech stocks so far this time.

Facebook, Apple, Amazon, Netflix, and Alphabet — the famous FAANG stocks — have maintained their status as front-liners of marketwide gains. That’s largely because the unique nature of this recession has made their products and services even more valuable to a socially distanced public.

But these features are not enough to shake Edwards’ conviction that a crash is forthcoming. The core of his argument is that tech-stock prices have far outstripped their relative earnings-per-share performance.

“US tech sector profits have only really outperformed decisively in the past few months, but rather than profits merely catching up with previous heady price outperformance, IT stocks have continued to surge higher relative to the market, especially in the rally since March,” Edwards said.

To be sure, the FAANG gang consists of growth stocks. By definition, investors like them for the prospect of above-average profit growth in the future. And as it turns out, these companies also have some of the biggest cash reserves that can be deployed if the recession goes on for a long time.

And yet, Edwards feels he has seen this script play out before: investors justify tech-stock prices that are many multiples higher than expected earnings, only for valuations to come crashing down.

He recalled that tech stocks also outperformed the market relative to their EPS growth in the late 1990s. And in his view, investors’ exuberance and their belief that the Federal Reserve would continue pumping liquidity into markets served as underlying propellants then and now.

Additionally, the lackluster performance of traditionally cyclical stocks that benefit from economic recoveries has Edwards doubtful that the recessionary bear market is decisively over.

He concluded by noting that no group of stocks contributes to the majority of marketwide returns indefinitely. Since 1990, the ten biggest stocks have lagged the S&P 500 by 150 basis points on average, while the top five stocks fell 100 basis points versus the benchmark index per year. His hunch is that the next down cycle for the largest stocks is imminent.

“I personally suspect that this recession will ultimately expose these and the tech sector to be far more cyclical than appreciated,” Edwards said.