BOSTON, Nov. 7, 2020 /PRNewswire/ — EIP Pharma, Inc. (www.eippharma.com), a CNS-focused therapeutics company, today provided the full results of the Phase 2 AscenD-LB study in patients with mild-to-moderate dementia with Lewy bodies (DLB) during an oral presentation at the 13th Clinical Trials in Alzheimer’s Disease (CTAD) meeting. The study met the primary endpoint, with significant, clinically-relevant effect size improvement in cognition in patients receiving neflamapimod 40mg three times daily (TID) compared to those receiving either placebo or neflamapimod 40mg twice daily (BID), as assessed by a Neuropsychological Test Battery (NTB) designed to evaluate attention and executive function. The positive effect on the NTB was evident at week 4 and was maintained throughout the 16-week study period. Multiple sensitivity analyses (with or without imputation of any missing data) support the primary analysis, demonstrating significantly improved outcomes on the NTB in the neflamapimod TID patients compared to those receiving placebo. 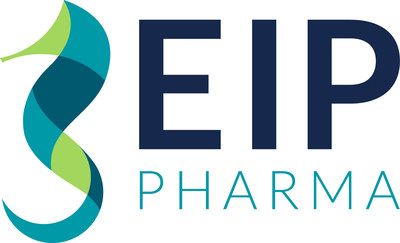 Analyses of secondary endpoints further support that the cognition effects of neflamapimod TID are clinically meaningful, with a statistically significant clinically relevant effect on the Timed Up and Go Test and encouraging positive trends on the 10-item Neuropsychiatric Inventory (NPI-10), particularly with respect to hallucinations, and on the Clinical Dementia Rating Sum-of-boxes (CDR-SB). Throughout the study, neflamapimod was well tolerated.

“The demonstrated positive effects on the AscenD-LB study’s primary endpoint, cognition, and as well as on a number of secondary endpoints, establishes proof-of-concept for neflamapimod as a possible treatment for patients with dementia with Lewy bodies. If these findings are confirmed in phase 3 clinical studies, neflamapimod could potentially become the first approved therapy for this devastating disease,” said Stephen Gomperts, MD, PhD, Director of the Lewy Body Dementia Unit and Assistant Professor of Neurology at Massachusetts General Hospital, and an investigator in the AscenD-LB study. “DLB is not only the second most common neurodegenerative dementia but is also associated with substantial reduction of patient quality of life and high caregiver burden.”

“It is exciting to see efficacy of potential new drugs for Lewy Body Dementia,” said Marwan Sabbagh, MD, director of Cleveland Clinic Lou Ruvo Center for Brain Health. “It is a huge area of unmet need.”

“We are very grateful to the study participants in AscenD-LB and their caregivers for their persistence and commitment, especially through the restrictions imposed by Covid-19, and to study site staff and the clinical study operations team, who all together brought this important clinical trial to a successful completion,” said John Alam, MD, CEO of EIP Pharma, who presented the results at a late-breaker session during the meeting.

Neflamapimod as a treatment for DLB received Fast Track designation from the Division of Neurology Products at the U.S. Food and Drug Administration in November 2019.

Phase 2 AscenD-LB Study Results
Study Design
AscenD-LB was a Phase 2 double-blind, placebo-controlled, 16-week treatment proof-of-concept study (“AscenD-LB”) of neflamapimod in mild-to-moderate dementia with Lewy bodies (DLB) conducted at 22 centers in the United States and two centers in the Netherlands. 91 patients were enrolled between October 2019 and March 2020 and randomized to receive 40 mg neflamapimod capsules or matching placebo capsules (randomized 1:1) for 16 weeks. The dosing regimen was based on weight, with study participants weighing less than 80 kg receiving capsules twice daily (BID) and those weighing greater than or equal to 80 kg receiving capsules three times daily (TID). All patients had to have already been receiving oral cholinesterase inhibitor therapy for at least 3 months (stable dose for greater than 6 weeks) and continued such therapy without dose modification during the study. The AscenD-LB study is registered at clinicaltrials.gov as study NCT04001517.

Primary Endpoint Results
The primary endpoint was a study-specific Neuropsychological Test Battery (NTB) that was designed to primarily evaluate attention and executive function. The NTB was comprised of four computerized tests from the Cogstate® battery (Detection, Identification, One Card Learning, One Back) and two tests recorded on paper (Letter Fluency, Category Fluency). The NTB was assessed at baseline, week 4, week 8 and week 16. The NTB was analyzed as a composite in which the individual tests were equally weighted. Per the Statistical Analysis Plan, the primary statistical analysis approach was linear Mixed effects Model for Repeated Measures (MMRM) utilized with all available data for the modified ITT efficacy population (i.e. subject with at least one on-treatment NTB evaluation). The results of these analyses and secondary/sensitivity analyses are shown in the table below.

Due to pandemic-related restrictions imposed on the ability to see patients at many of the clinical sites from March to May 2020, approximately 25 percent of the site visits were conducted remotely via telephone or video chat. The majority of such remote visits occurred at week 8. To assess the impact of missing tests due to remote monitoring, all primary endpoint analyses were performed both without imputation of that missing data (i.e. “observed data”) and with imputation by last observation carried forward (LOCF). The LOCF analysis, which for the pre-specified analysis was secondary, was considered a­­pplicable and relevant since the effect of the drug was seen as early as week 4 and because the missing data was not due to patient discontinuation but rather to the impossibility to perform all in person tests at each patient visit.

Secondary Endpoint Analyses
Analyses of secondary endpoints are supportive and in line with the primary endpoint observations and suggest that the effect of neflamapimod TID on cognition has a clinically meaningful impact on function:

About Neflamapimod
Neflamapimod is an investigational drug that is a brain-penetrant, oral small molecule that inhibits the intra-cellular enzyme p38 MAP kinase alpha (p38α). P38α, which is expressed in neurons under conditions of stress and disease, plays a major role in inflammation-induced synaptic toxicity, leading to impairment of synaptic function. Synaptic dysfunction is known to be a major drive of the deficits in cognitive function that are defining characteristics of many CNS diseases. Results of a 161-patient, 24-week treatment double-blind placebo-controlled study of neflamapimod in early AD were reported at the 12th CTAD meeting in December 2019, and further at the AAT-AD/PD™ Focus Meeting in April 2020. In the early AD study, neflamapimod demonstrated target engagement, with significant reduction relative to placebo in CSF p-tau and tau; and suggested that cognition was improved in the patients with the highest quartile of plasma drug concentrations.

About Dementia with Lewy Bodies
Dementia with Lewy bodies (DLB) is a serious disease representing 15 to 20 percent of the dementia population, with an estimated 700,000 to 1 million affected individuals in the US. ­DLB is characterized by progressive dementia and fluctuating cognition (particularly deficits in attention), visual hallucination, parkinsonism (tremor and gait disturbances) and sleep disturbances. The quality of cognitive impairments seen in the early stages of DLB is different than that of other dementias such as AD. Memory recall remains intact until later stages, but attention, executive function, and visuospatial skills are prominent in mild-to-moderate DLB, and the first to decline. Patients with DLB incur higher healthcare costs, have longer hospitalizations, report lower quality of life, and have caregivers with higher levels of distress when compared with patients with AD. There are no treatments for DLB that have been approved by the US FDA or European Medicines Agency.