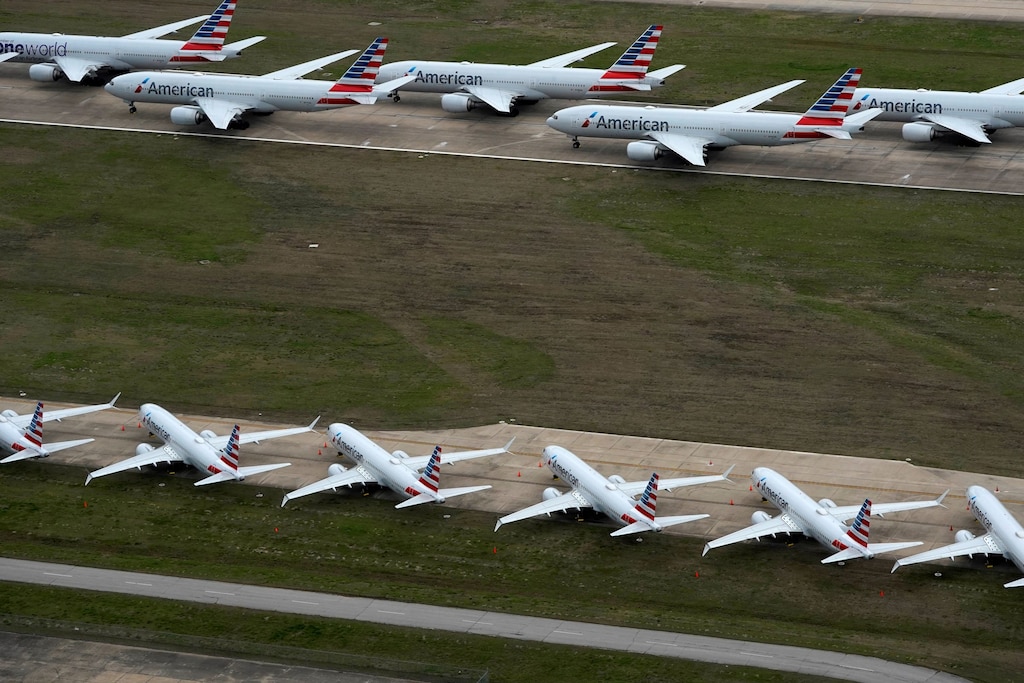 American Airlines said in a Securities and Exchanges Committee filing on Friday that it expects to burn through $40 million of cash per day in June, as airlines around the world struggle to lower their operating costs amid the global coronavirus pandemic.

American also said that it expects total revenue for the second quarter to fall 90% from 2019.

The forecasts come as a jolt of reality as airlines have seen demand begin to slowly recover from lows reached in April. The number of daily air passengers in the US passed 500,000 on Thursday for the first time since March, and American has said it has seen an increase in forward bookings. The airline plans to fly 55% of the previous year’s domestic capacity in July, or 40% of its overall system capacity — an increase from just 20% in April, 25% in May, and 20% again in June.

Despite the ongoing cash hemorrhage, the cash burn total represents a significant improvement over American’s previous forecast of $50 million per day. In the SEC filing, the airline said that it expects that it will be able to staunch the bleeding and get cash burn to zero by the end of 2020, following workforce reductions and as demand continues to return. The airline burned through as much as $100 million per day in April.

Travel demand has begun a modest return already, but the airline said it expects revenues to fall 90% for the second quarter compared to 2019. Demand fell as much as 97% for US airlines in April.

Total system capacity, which airlines have lowered to match the fall in demand, will be down 75% for the quarter compared to 2019.

The airline said that it had cut $13.5 billion from its operating and capital expenses budgets for 2020, through reductions in expenses for maintenance, marketing, events and trainings, airport facilities, labor, and other expenses such as fuel.

“Along with these cost-saving actions, the Company has recently experienced improving demand conditions and has passed the peak in cash refund activity,” the airline wrote in the filing.

American also noted that it expects to receive $4.75 billion this month in secured loans through the federal CARES Act, which would bring its liquidity up to $11 billion at the end of June.

Notably, the airline plans to offer its AAdvantage frequent flyer program as collateral to the government. An independent audit valued the program at between $19.5 billion and $31.5 billion. The airline will also grant the Treasury warrants to purchase 38 million shares of the airline at $12.51 per share.