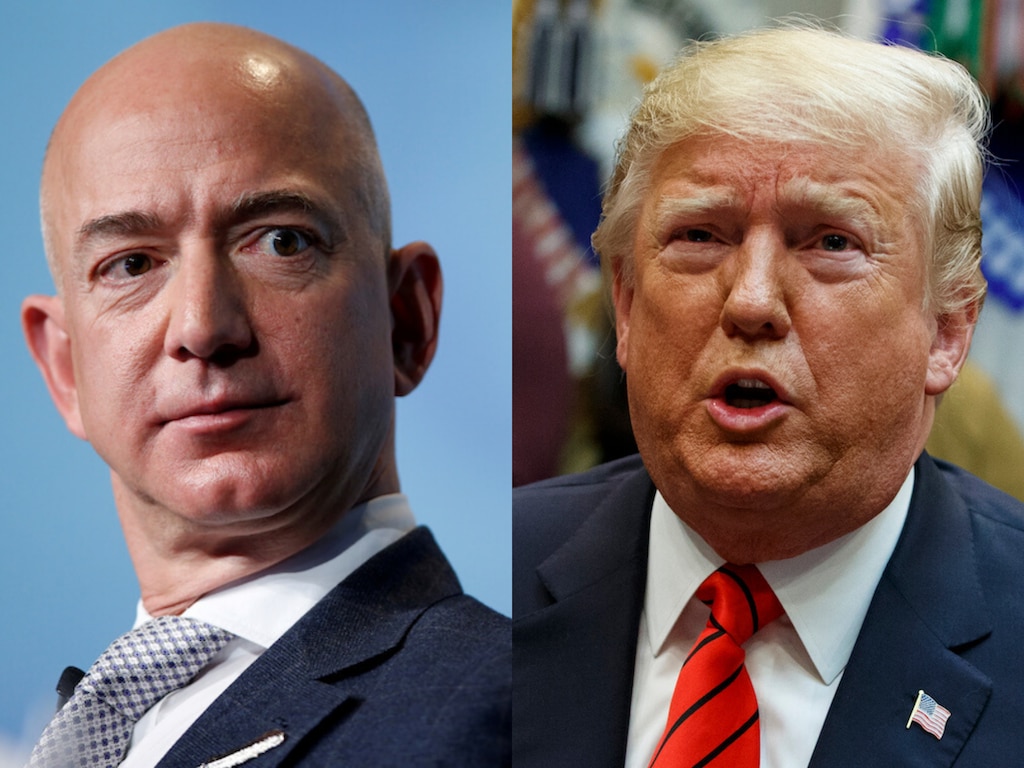 Amazon is refusing to go down without a fight in its ongoing feud with the Trump administration over the president’s role in the Pentagon’s decision to award Microsoft with a $10 billion cloud computing contract.

On Friday, the Department of Defense upheld its decision to award its Joint Enterprise Defense Infrastructure (JEDI) deal to Microsoft, months after Amazon challenged the decision with a lawsuit.

In response, Amazon published a fiery blog post in which it again took aim at President Donald Trump, alleging he “blatantly interfered” in the procurement process and accusing the Pentagon of making “a flawed, biased, and politically corrupted decision.”

“We strongly disagree with the DoD’s flawed evaluation and believe it’s critical for our country that the government and its elected leaders administer procurements objectively and in a manner that is free from political influence,” read the post, which was authored by Amazon’s AWS public sector blog team.

Amazon has repeatedly claimed that Trump’s personal animosity toward CEO Jeff Bezos played a role in the Pentagon’s surprise decision to give the contract to Microsoft, citing Trump’s public statements as well as comments allegedly made to top Pentagon officials and the suspect timing of certain personnel changes.

In April, the Pentagon’s inspector general cleared the agency’s decision, saying it found multiple ethics violations but that those ultimately didn’t influence the outcome.

“I can’t think of another procurement ever where the nonstop litany of inappropriate ethical behavior and conflicts of interest produced such a steady drumbeat,” George Washington University professor and procurement law expert Steven Schooner previously told Business Insider’s Ashley Stewart.

Microsoft disagreed with Amazon’s allegations, saying that its rival is seeking a “do-over” after losing the deal fair and square.

Amazon also criticized “the ongoing dismissal of inspector generals across our government” and what the company characterized as “a recurring pattern to the way President Trump behaves when he’s called out for doing something egregious.”

“First he denies doing it, then he looks for ways to push it off to the side, to distract attention from it and delay efforts to investigate it (so people get bored and forget about it). And then he ends up doubling down on the egregious act anyway,” the company said.

Amazon cited Trump’s removal of the State Department’s inspector general and his suggestion that a Wisconsin shipyard’s “location” as a political swing state helped it win a contract with the US Navy.

“The President has become emboldened of late in flaunting his role influencing government contracts for politically motivated reasons,” Amazon said.

The company also vowed to continue fighting the Pentagon’s decision to award the JEDI contract to Microsoft, saying it will “not back down in the face of targeted political cronyism or illusory corrective actions” as it seeks a “fair, objective, and impartial review.”