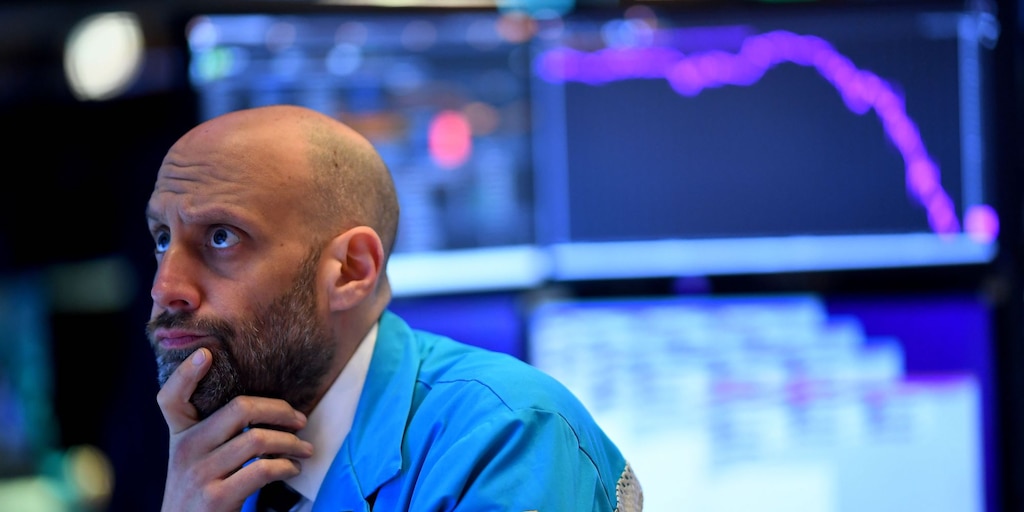 For nearly five decades, David Hunter — the chief macro strategist at Contrarian Macro Advisors — has had financial markets at the forefront of his attention. At this point he’s seen just about all there is it see.

“It’s a different thing when you’ve lived through these cycles as opposed to reading about them,” he said on “The Contrarian Investor Podcast.” “I have a lot of conviction on my calls, typically, because I have that experience behind me.”

Today, Hunter thinks the economy is nearing the end of a “super-cycle” — the collapse of which will have cataclysmic repercussions.

“We’re at the latter-end of a super-cycle,” he said. “The super-cycle is the long cycle that starts after the last depression and ends with the next depression.”

Hunter’s gloomy forecast is mainly predicated upon what he sees as an unmanageable amount of debt and leverage that’s been building within the economy.

If that evaluation and skepticism of the overarching landscape sounds familiar, it’s because Ray Dalio, the billionaire founder and cochief investment officer of Bridgewater Associates, touts a similar thesis. He’s also been equating today’s longer-term debt cycle to the Great Depression era.

“We have debt beyond anything we can ever manage,” he said. “When you get these surprises, that leverage really exacerbates whatever downturn you get.”

Now, with two of the world’s largest economies — the US and China — essentially running at a fraction of their prior capacity, Hunter thinks the bust is inevitable.

“You look at where we are today, and you can become pretty dire about coming out of this,” he said. “I think this is the front edge of that bust.”

Hunter thinks this will all play out with an intense bout of volatility. And his view of what happens next might be surprising considering his dire long-term outlook.

Hunter actually sees a massive S&P 500 rally transpiring before an eventual collapse. In fact, he thinks the benchmark will exceed 4,000 by Labor Day — implying upside of about 40% from current levels. He refers to this as the final “melt up” and says it will be “a secular top that I expect to be the high-water mark for decades to come.”

His reasoning behind his bullish short-term call is simple: unprecedented Federal Reserve stimulus.

“Because you’re getting money beyond anything that’s ever been pumped before, you can get this run up in the market in spite of the fact that the bust is not going to leave us,” Hunter said. “We’re not going to start the bust and then not.”

He continued: “We will have some sort of a ‘V’ recovery for a quarter, maybe two, because of all this money — but ultimately, it’s all one bust.”

If that medium-term bullish sentiment sounds familiar, it’s because equity strategists at Goldman Sachs recently called the S&P 500 market bottom on the heels of a $2.3 trillion Fed stimulus announcement. It’s become a popular sentiment across Wall Street that the Fed’s actions have bailed out financial markets and enabled risk-takers.

Unfortunately, Hunter thinks the market’s stimulus-induced exuberance will be exhausted in the later portion of the year as participants realize the money printer isn’t the panacea that had hoped it’d be.

That element of his forecast matches that of fellow market bears, including Societe Generale strategist Albert Edwards and John Hussman, the former economics professor and current president of the Hussman Investment Trust. Both have cited unprecedented levels of Fed stimulus as creating unsustainable asset bubbles that will eventually pop.

With all of that under examination, Hunter delivers a stark warning.

“What follows the final leg up is what I call: ‘A bear market of historic proportions,'” he said. “From that high this summer, I expect an 80% peak-to-trough decline.”

“Basically the biggest bear market since the ’29 crash,” he concluded.